Boy howdy, I made a lot of mistakes this year. I hope you enjoy this annual tradition of sharing some of the bloopers from the year!

Below... unedited raw footage from my worst shoot

My business coach Wayne Herring has seen me record my roundups. He is always amazed by how I just keep going, take after take, till I get it right, without getting too frustrated, and he encouraged me to show the raw, unedited footage from a day that was particularly challenging.

I was out of town at a men's business coaching event in Gettysburg, Pennsylvania when I got some bad news: we TOTALLY BOMBED the launch of my favorite client's website. It was during their peak season.... I was furious, embarrassed, and felt like a total loser business leader. How did I let that happen?

While it eventually inspired a ton of operation changes -- and has never happened since, not once -- I was extremely disappointed.

Worse, my dog, Ralph, who had been my trusty companion for over ten years, had died the week prior. I was in the middle of buying a house with my wife, totally stressed out, in the final stages of publishing my first book, AND had a cold.

Boo hoo. In retrospect, things were pretty good in life after all, but I felt pretty awful. I wanted to record some footage at Gettysburg for my blog, and on the way to the airport we managed to sneak in a 6-minute video shoot. I was planning to get the whole video shot, but struggled to do even the intro and outro.

I'm sharing this because people often ask: Jack, how do you make so many videos? The answer is: I just do it. It's part of my job. Sick, or not, I find a way to get it done.

Doing this video consistently every week is what has contributed to a lot of the series' impact: helping clients, influencing potential employees, getting hired to speak at conferences, and even getting on TV!

If you're just getting into video, maybe this will inspire you to keep going or get started.

Here is the unedited footage with all the mistakes:

And, the nicely edited finished version:

What do you know you need to do in 2020 that makes you uncomfortable? How could you just start doing it... one week at a time?

P.S. Is your marketing dialed in for 2020? Schedule a strategy call with us to see how you can attract attract the RIGHT leads! http://www.ramblinjackson.com/schedule/ 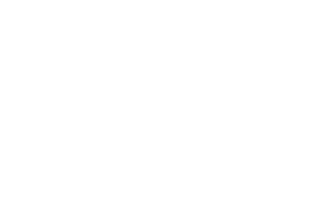 We Aren't for Everyone

Due to the competitive nature of landscaping and home service businesses, we take on a limited number of clients in each local market -- and only customers who we can really help.

Will digital marketing even work for you? If not, we’ll tell you!

Save time and get an immediate answer to see if you qualify for our proven process when you take the quiz.

Your Guide to Cross the Digital Divide

Getting Found Online isn’t easy, but you don’t have to go at it alone. Partner with Ramblin Jackson to Cross the Digital Divide to get the results you need to take your business to the next level. As your digital marketing agency, our professional team is here to help you Get Results Faster Than You Could On Your Own. From local SEO to web design and development, to marketing strategy and online review management, leverage our nine years of professional experience to get it done right the first time.
Learn more about Ramblin Jackson.